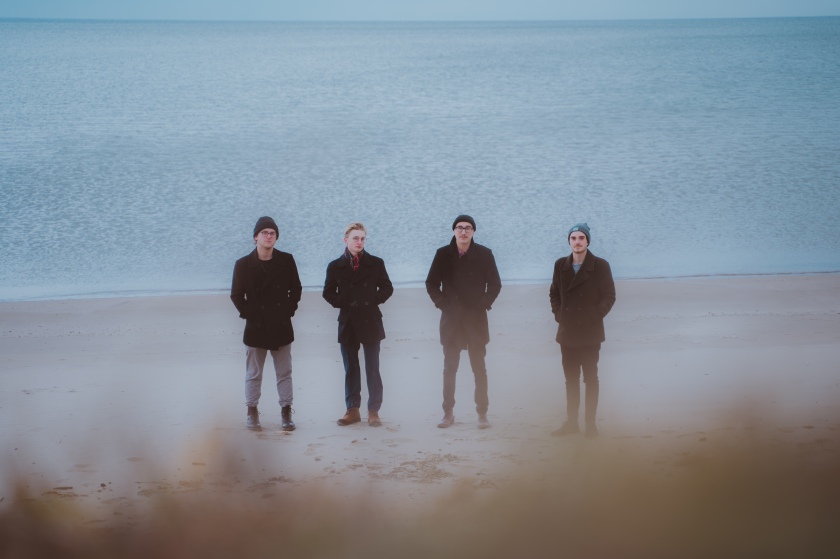 There’s no better way to start your week off right than by checking out our most recently curated tracks; today I’ll have the pleasure of introducing you to the debut single of Canadian band City Tracks, so let’s get right into it!

City Tracks is an indie-rock band based in St. Catherines, Ontario. Their music could certainly be defined as modern rock, their unique, creative voice standing apart through significant lyrics, dynamic rythmic progressions and clean melodies that will linger on with you for quite a while. The enthusiasm and cheerful attitude that can be heard from this band are worthy of mention, as you’ll agree after hearing this single.

“You Are Mine” displays all the characteristics that make the sound of this band so distinctive; their abitily to create a lively character right away from the openning riffs, with soft, heartfelt verses that serve as interludes between the energetic and uplifitng chorus sections, thus creating effective contrasts all throughout the track. The upbeat drums are another of the elements that will surely catch the attention of their listeners.

“From it’s catchy indie-pop melodies to it’s meaningfully relatable lyrics, “You Are Mine” could be compared to the likes of indie powerhouses such as Catfish and the Bottlemen, The Hunna, and Sam Fender. The new single features musical and production collaborations with Logan Trearty and was recorded at MCS Recording Studios in Toronto.”

The lyrics from this first song by City Lighs were inspired by bandleader Matt Kylne’s feelings towards his fiance, an expression of love that goes beyond the particular and reaches universal implications: the recognition of those surrounding the individual as an essential part of the human experience; something that must be celebrated as one of the most meaningful parts of life. It’s hard not to take a liking to such a promising band, using their passionate music to share a message as beautiful as this one!

It also helps to steam and share their music; you can obviously find it in the following Playlists: Debut Bands (Off The Radar) Less Than 1,000 Followers, Fresh Singles, Alterindie State Of Mind and Indie Only.