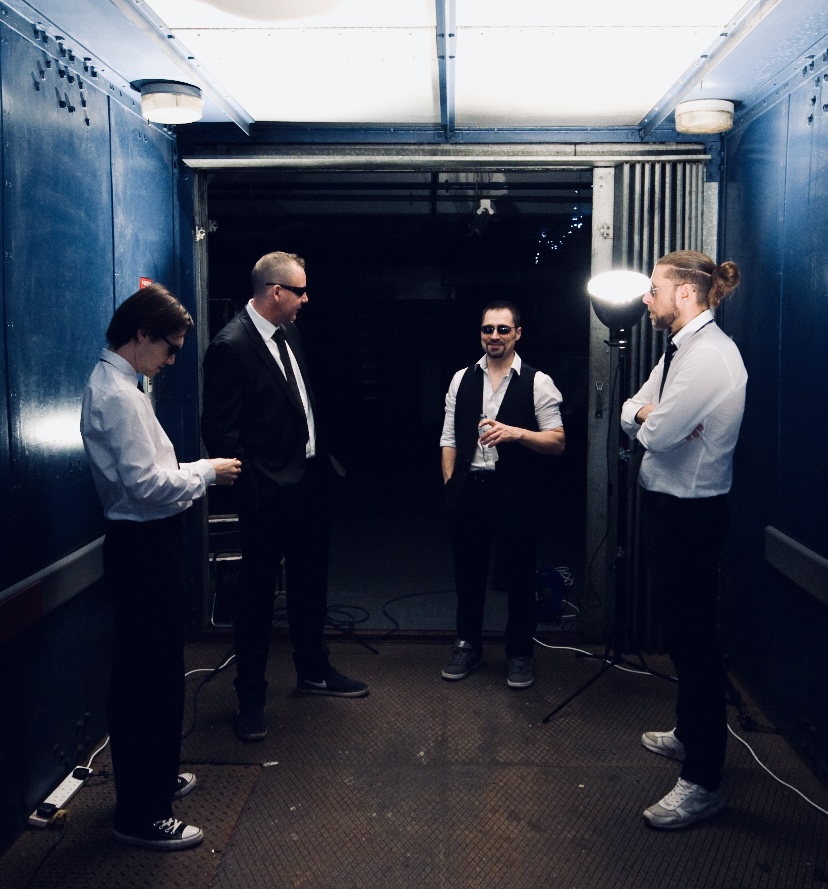 Vix 20 is comprised of band members CJ (guitar and vocals), Mills (guitar and vocals), Kill (bass), and Rich (drums), who had played in several other bands together over many years. They describe their influences as “Abba to Zeppelin and everything in between.” A truly independent band, Vix 20 records their music in house, with CJ (“a perfectionist because the rest of us struggle with shoe laces”) producing all of their tracks.

Prior to “Broken Melody,” Vix 20 released a single in 2018, The Digital Age, which was heralded by Louder Than War as “relishing in a genuine, less cynical nostalgia” and described by The Ringmaster Review as “seventies power pop aligned to prog rock enterprise.” Since then, Vix 20 have also released three other singles, including 2019’s Hashtag Change as well as 2020’s Tron Takes the Train and Try Again. The band describes their ethos behind their new single, “Broken Melody,” as “Have a good time all the time”; and explaining their songwriting process, they write “Every song begins as power pop we then try to explore different genres.”

Vix 20 describes their new single, “Broken Melody” as “a beautiful, but slightly sinister track that takes the listener on journey through joy, grief, and revenge.” Indeed, this track takes me on a wonderful journey, which evokes a multiplicity of moods. The dynamic songwriting in this track reminds me most strongly of modern progressive rock bands such as Porcupine Tree and Riverside, as do the melancholy, evocative sounds of the piano, guitar, and clean vocals. And in a similar manner to these progressive rock bands, there is a complexity to the emotions that are conjured in “Broken Melody”; the track transitions seamlessly between sounding wistfully nostalgic and dreamily uplifting, capturing my interest and enjoyment with each listen.

I think the diversity of musical styles that Vix 20 draw inspiration from, as well as the range of moods that they convey on “Broken Melody,” attest to their versatility as a band, not to mention their excellent musicianship and creative songwriting. I would highly recommend this track to fans of progressive- and indie rock alike.

It also helps to stream and share their music; you can obviously find it in the following Playlists:  Indie Only, Fresh Singles, and Alterindie State Of Mind.