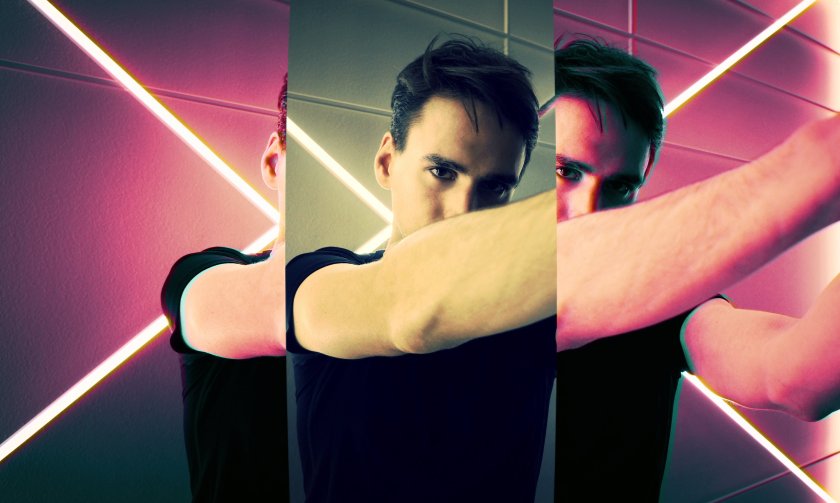 The power that music has to heal and to carve ways for new beginnings is unquestionable, some even might see it as an antidote to the rough sides of life. “Antidote” is an emotional rock song created after a painful process of separation, where one can’t help but pray for a conclusion, and a remedy the heal the scars left by the heavy hand of fate.

Pablo Iranzo is a singer/songwriter from Munich, Germany, who, after the disappointment of being ghosted by people he held close, felt the need to write his emotions down and find an artistic way to cope with them, and to feel alive. Not being able to fathom the vile ways people can have with each other, Pablo decided to write a song about an antidote to heartbreak.

It was one of the very first tracks he ever wrote on his acoustic guitar. What started pretty easy turned into a powerful mix of high gain guitars, huge drums and powerful bass. Also, Antidote’s structure wasn’t made the conventional way, that is: verse / chorus / verse / chorus buildup. Instead Pablo’s goal was to write a song that felt like a story or a movie, with a beginning a middle and an end.

“It was important for me to end on a positive note because I knew I would get over it eventually. So I’m happy to acknowledge during the writing process that I was going to survive no matter how I felt at the time.” Pablo Iranzo.

Antidote’s story begins with Pablo waking up after his breakup, feeling lousy and trying to survive, but still keeping a positive mindset, this being the true antidote that would help him strive and come out strong. The slow drums mark the mellow tempo, enhanced by the crunchy bass and melodic harmonies stroked out by layers of guitars, while Pablo’s wandering voice delivers sweet and nostalgic melodies. As the story builds up, instruments start to unfold until we reach the massive climax.

The song is accompanied by an outstanding and really artistic lyric video that really finishes to capture Pablo’s creative vision. It will also be followed by the release of a couple of remixes by Mike Jolly, which explores a dark and spacey 90s synthwave style, and by the Sunset City Bandit, an EDM twist with a funky future bass sound. Both remixes will have their own video available on YouTube, TikTok and Instagram. They will also be featured, along with a bonus track, on an exclusive EP released on Bandcamp.

We believe that Pablo did a great job at conveying the feelings of loss and heartbreak, and we urge you to listen more of his music and to support him on his musical endeavour.

It also helps to stream and share his music; you can obviously find it in the following Playlists: Less Than 1,000 Followers,  Fresh Singles, Indie Only, and Alterindie State Of Mind.

Remember that you can always find me here Linktree MadZen for all my social media and own music.