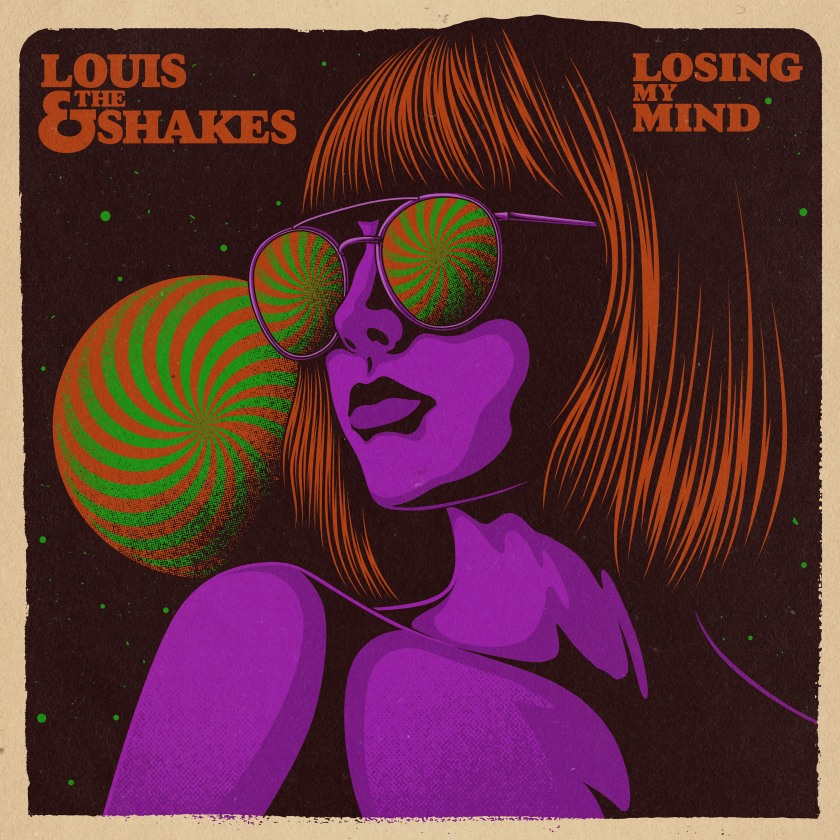 A serious question for you today. You are reading this article right now – so as an avid music enthusiast, an individual who checks out new music and a fellow seeker of musical utopia just like me – how many times do you seriously come across a new artist or band that really lives up to the hype… that grabs you instantly… that really makes you sit up and take notice?

Louis & The Shakes aren’t messing around – they have already drawn comparisons to Arctic Monkeys, The Black Keys and Royal Blood – and I’ll add prime Bloc Party and Kasabian to that list too. That is a lot of hype to live up to! – but within mere seconds of hearing this new track, you will realize (just like I did!) that this is a fearless band that CAN live up to the hype. This is a band that were born to make music and that were born to perform on the biggest stage.

From the intro, you instantly know that Louis & The Shakes are going big and bold with this one. This is a high octane adrenaline rush of a song, it’s an absolute bullet train. It’s a short burst of passion and a real explosion of sounds.

“Manny provides this thumping raucous beat, Jamie adds his swirls and eerie effects, glittering the track with a disturbing psych and Will joins me in taking his E string down to a drop D which makes this monster of a sound” – Louis.

Louis & The Shakes are signed up to Absolute Label Services and they have had an exciting start to their album campaign already, they were included in Amazon Music’s Best New Bands. Louis Antoniou is the lead vocalist, Jamie Lawson is the lead guitarist, Manny O’Donnell is the drummer and Will Finnerty plays bass. The single was produced by Michael Smith, who has also produced tracks for Wolf Alice and it was mastered by Pete Maher, who has mastered acts such as U2, Jack White, The Killers & Noel Gallagher.


I have only two criticisms of this song – 1) lyrically, there isn’t that much to it and 2) it is way too short! Obviously, two intentional ploys by the band – they leave us wanting more or they want us to listen to another track – they want us to be excited for the album! They have also stated that this song is integral to the album – so although it can be viewed as a stand-alone piece, it’s also important to acknowledge that this is just one song, that will slot in to the running order on their debut lp. It’s also the kind of song you can imagine them opening up with live – it clearly isn’t meant to be overly wordy – it’s supposed to be about sexy riffs and ‘losing your mind’ to the amazing sound!

Am I excited for the album? Do Louis & The Shakes live up to the hype? Would I love to see this band perform live? The answer to all of these questions is a resounding YES.

After more than a year of living in this pandemic-effected world, I am desperate to go and see an amazing live gig in an intimate venue. Louis & The Shakes are now high on my list of bands-to-see – ‘Losing My Mind’ would be phenomenal to hear live! Let’s hope they announce a tour soon – you will find me right down at the front when they come to Cleveland!

It always helps to stream and share new music; you can also find it in the following Playlists: Less Than 1,000 Followers, Fresh Singles, Alterindie State Of Mind, and Sickest & Dopest.