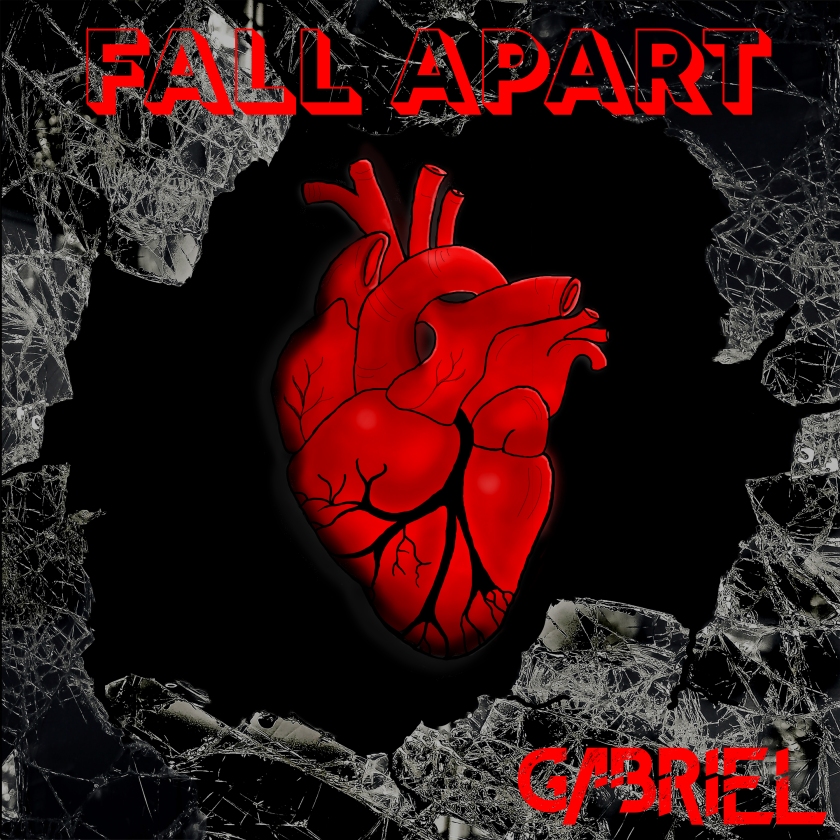 A 17 year old with amazing talent, GABRIEL has unleashed his second single “Fall Apart” and it’s a heavy hitting, blues-infected, shredding tune meant to help us discover our inner strength when things get rough. Press that play button and don’t let yourself Fall Apart.

At 9 years old, Gabriel Mertzer wrote the main riff for Fall Apart through a visceral experience on his PRS Tremonti guitar (quite a neat guitar to have at 9 yo if you ask me). What he wasn’t expecting was that this song would be the catalyst for his rock music pursuits, as opposed to blues, which he was known for.

Years after, Gabriel picked this riff back up and finished it with the help of producer Joe Kaltenbach, singer Phil Walker, bassist Keith Horne and drummer Jody Boyd. Even though it’s been a while in the making, this is the first song Gabriel ever wrote. Just a heads up, it slams.

A song to help us connect with our inner strengths, Fall Apart is the follow up for Gabriel’s debut single, “What A Shame”. You can hear influences from the likes of Alter Bridge, Saint Asonia, Black Stone Cherry, Sevendust, Stone Temple Pilots, and Alice in Chains. Heavy Rock in its finest form.

Gabriel started to concoct this project shortly before the Covid lockdowns began. Instead of standing still he decided to push the throttle and work with what he could. It hasn’t been an easy ride but Gabriel is determined to build up a fan base and let the world hear what he has to say.

“Named Top 10 under 20 at the 2018 Dallas International Guitar Festival, Gabriel fuses his blues-inspired roots with heavy rock influences for a sound that is dynamic, hard-hitting and lyrically solid.“

Gabriel has opened for Tony Jackson and Jackson Ward, Danny Kensey’s Cedar Creek and Big Gun. He has also played the guitar at a packed Kingston Mines alongside Linsey Alexander and has played shows best described by the phrase: “standing room only.” His debut single, “What A Shame” has reached just over 8K+ plays, and has been featured in The Hype Magazine, Rockpit, The Auricular, ReviewFix and Skope Magazine.

“His writing style is ever evolving as he is being influenced by a number of artist.“

With another song ready to be released in a few months, Gabriel is hoping to get back into the studio to record more, only this time heavier and with a bit more edge to it.

A brave refusal to break, Fall Apart features Gabriel’s writing and soloing abilities backed up by a powerful alignment of pro musicians. “In the end,” GABRIEL says, “you will find the strength to overcome.”

It also helps to stream and share their music; you can obviously find it in the following Playlists: Less Than 1,000 Followers, Sickest & Dopest, and Alterindie State Of Mind.

Remember that you can always find me here Linktree MadZen for all my social media and own music.