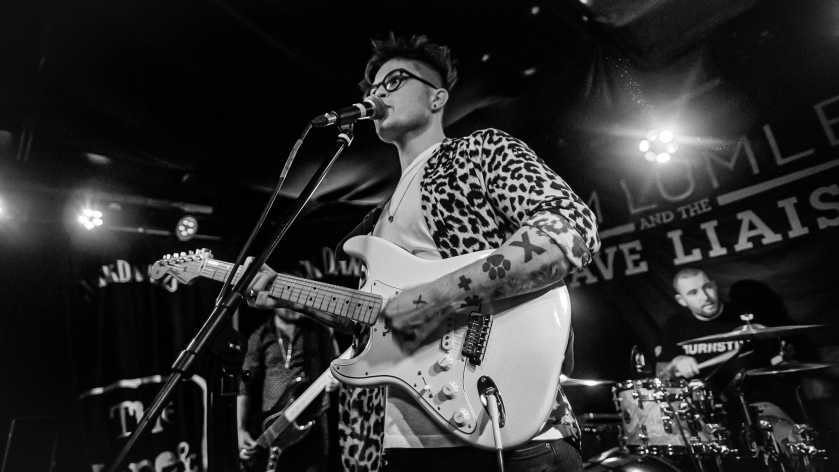 Charlie Moss encourages all listeners to keep chasing their dreams and passions as they enjoy the journey in his latest single, ‘The Ride’.

The Brighton frontman, Charlie Moss, burst and caused quite a sensation in the indie community when he debuted with his energetic single, Wait for You, which contains an undoubtedly comforting essence and style he is still true to. His rise in success and recognition has been present for a while now, with him receiving recognition and support from popular radio stations BBC Introducing, This Feeling, and Amazing Radio, let alone the success he’s found on streaming and charting in iTunes and other platforms. With only over two years of music under his belt, Charlie is already a force to be reckoned with and one to keep an eye out of.

As he is inspired by bands such as Vampire Weekend, Seagirls, The Smiths, and The 1975, his sound is one that might be enjoyed by fans of said artists, especially the first two artists. His music is reminiscent, and dare I say, a possible indie counterpart to the explosive pop band The Wombats, though that might be related to the oddly similar sense of comfort Charlie’s music gives me, it being an specific type of freedom that I first felt while listening to the band’s 2015 album, Glitterbug.

Of course, though, making comparisons to other successful musicians does not mean that his music blends perfectly with theirs. Making use of dreamy guitar layers (an element he has a clear love for, and one that always hits spot on), soaring harmonies, and emotive messages that come from the most sincere parts of his soul and heart, Moss has been distinguishing himself and his art as he simultaneously gathers a loyal audience over the past two years.

The Ride, which saw its release on the 28th of May, a month associated with life and new beginnings, is an emotive and addicting song that shows Charlie’s yearning for a world where everyone has the freedom to chase their life long dreams and purposes without being judged or questioned.

This 80’s inspired track, which achieved its sound by layering the vocals and playing around in the studio with the drum kit, contains Charlie’s unique indie rock twist that adds that much appreciated dose of Charlie Moss his listeners love. As for the reason behind the previously mentioned influences, he wanted to capture that positivity that was always felt in the hits back then.

Charlie recognizes how nowadays people tend to be too quick to judge anyone’s decisions, and assumptions seem to be an activity most people take part in, finding fun in misinterpreting someone’s intentions or attempting to find an ulterior motive that was never there. Today, simply posting on social media or stating that you love a certain band, show or hobby is enough for others to create a fake image of you and try to paint you as someone you’ve never presented yourself as.

In the tragic age of overthinking and second guessing everything and everyone, all Charlie Moss desires is for more people to find the determination and strength to follow their dreams and work towards the future they want without letting outsiders’ opinions hurt or stop them.

In the artist’s one words: I wanted to convey a message to say: be who you are, be yourself and don’t let anyone else tell you that you shouldn’t be. “Life is too short to pass up opportunities and to worry about what everyone else thinks, as long as you are happy within yourself, that’s all that matters. So live your life, go traveling, tell people you love that you love them, go to gigs, make friends and don’t waste your time on negativity!”

You can also support the artist by streaming and sharing his music, which can be found in the following Playlists:  Less Than 1,000 Followers, Fresh Singles, Alterindie State Of Mind, and Indie Only.

This coverage was created via Musosoup #Sustainablecurator