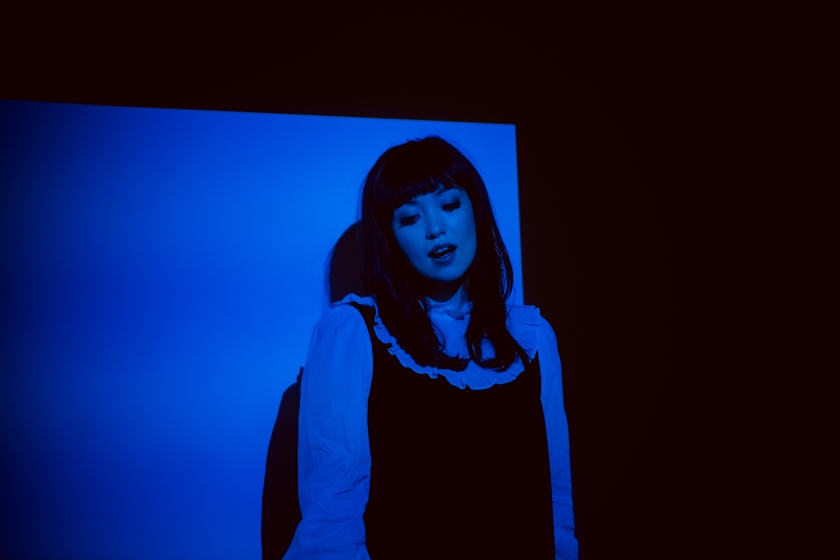 Alas de Liona relives an unbearable past in the calm melody of  ‘Cascade’, one of the tracks of her newest EP.

Hailing from a small town in Mojave Desert, Alas de Liona is a talented master of weaving unique lyrics with innovative and ethereal melodies, creating a surreal but familiar experience when she unites these two elements in her music.

She is a graduate from University of California, Santa Barbara. Her final year saw her making a change in location, as she went to Edinburgh in the latter half of 2019 to complete her studies at University of Edinburgh. Her time there, besides that where she studied, was spent performing in pubs and slowly but surely making a name for herself, though her live performances have been momentarily put in the background as she focuses on writing new music during the lockdowns.

Currently making music from the coziness of Edinburgh, Scotland, the singer-songwriter has made continuous impact with her debut work, the album Lighting and Fire, and her most recent work, the Radio Astronomy EP — a compilation of cosmic folklore and space lullabies inspired on the classic children’s tune, ‘Twinkle Twinkle Little Star’, with the EP coming out on the fourth of June after the release of one new song every month since the start of 2021.

Cascade is the lead song from the EP and a song that deals with loss and drowning in a painful memory.

Following the theme of an indubitable degree, Cascade holds cosmic beauty in the way its notes fall like stardust does in the most beautiful of movies and fairytales. The track delicately holds a broken heart that’s only protected by the notes of the melody, and its fragility is ever-present and palpable in every breath Alas de Liona takes as she delivers a stunning performance.

Like the name suggests, the feeling of loss is not necessarily a numbing one. With every memory related to that and those who are no longer physically present, it feels as though we’re spending one second longer being drenched by a cascade; a beautiful picture, pristine and clear, but those who have gone through it know the pain of enduring water upon their shoulders and head with no seeming end to its strength.

At the same time, Cascade still holds a more positive feeling in it, for cascades can watch over those who stand under it. After the torment and discomfort of being knocked down by the falling water, it is a safe space where all one can listen is pure life. Whether it’s the water falling at a natural rhythm, with no hurry for it exists for itself, the plants trying to talk to those around them, or the animals that walk by and sometimes stop for a sip of water, there is some beauty that can only be noticed once you’re being protected by the strength of the cascade.

With the release of Radio Astronomy, there were also music videos belonging to each of the five tracks. In the case of Cascade, the video also marks Alas de Liona’s directorial debut and her first time sharing a screen narrative.

Alas de Liona is currently back in California, where some of her future was decided, but she has confirmed she’ll soon go back to Edinburgh this autumn. Her current goals are to go back to live performing, one of her true loves, and to record an eleven track album, currently titled Gravity of Gold.

In her own words: “Cascade is a very personal and emotional track for me. When I wrote it, I wanted to capture the quiet and very internal feeling of grief, or remembering someone who isn’t present. I kept the arrangement sparse to leave room for any thoughts or memories that might occupy the spaces between chords. That’s something I always appreciate as a listener if I’m in a more melancholy mood— a bit of breathing room and time to reflect”.

You can also support the artist by streaming and sharing her music, which can be found in the following Playlists: Less Than 1,000 Followers, Indie Only, Female Rising Stars, and Chill – Folk – Acoustic