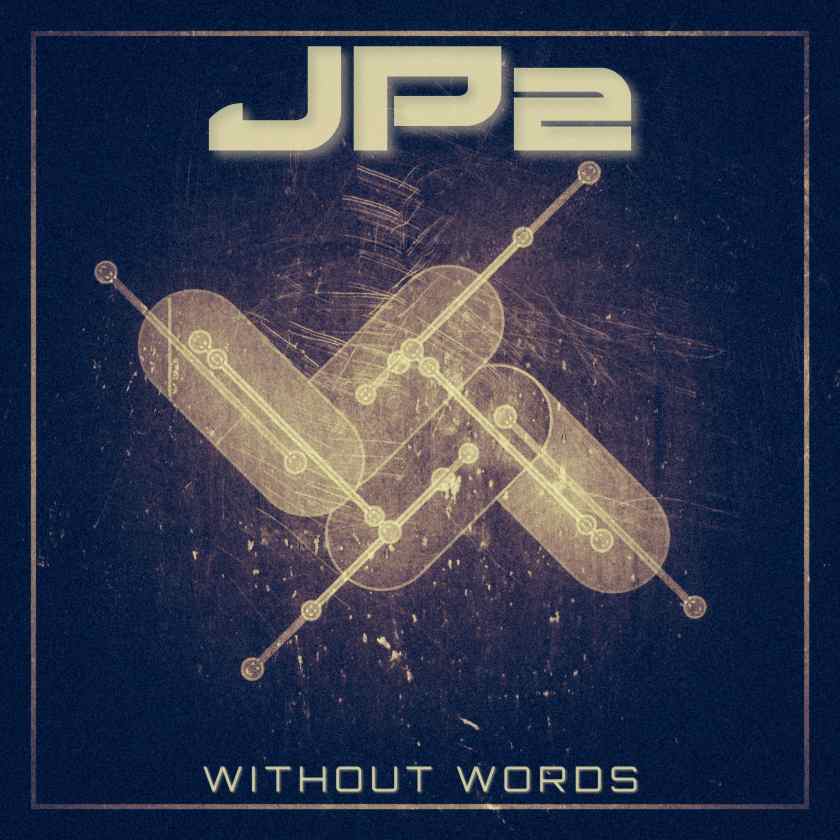 Born and raised in Puerto Rico, JP2 moved to Orlando, Florida in 2001 in search of akin musical minds with which to bring his muses to life. He was a founding member of the bands Runnin Blind and Over The Radar, and also took part in an early adaptation of Alphæus as well as having collaborated on several compositions for the University of Central Florida.

In what seems to be the only constant regarding JP2’s musical direction, the artist has decided to reinvent himself once again and delight listeners with a fully instrumental EP. The tracks on WITHOUT WORDS should feel familiar to fans of his YouTube channel, as these songs were used in 2020 for his product review series. However, as the artist himself states, you have not heard these tunes “this way” yet. Whereas the compositions on YouTube were stripped down and meant to showcase a product, the renditions on WITHOUT WORDS are what he considers finished products. With different arrangements and some added parts, JP2 has delivered another incredible musical effort, covering a broad spectrum that will satisfy many musical pallets.

WITHOUT WORDS is an invitation into JP2’s personal musical journey that will take listeners in four completely different musical directions, from the aptly titled opener “Anthem,” to the tribal riff chugger “Guabancex” (featuring a guest solo by guitar virtuoso Israel Romero Pérez from the band The Wrong Sides), to the everlasting melodies on “Still A Beautiful Fever,” and concluding with the fist pump finale inspiring “Win.”

WITHOUT WORDS covers a wide range of styles, incorporating elements of rock, metal, pop, jazz, djent, progressive, and Latin styles to communicate images, emotions, and ideas, all without saying a single word. For listeners unfamiliar with JP2’s music, he writes, “For first time listeners, I would say expect the unexpected. I don’t tie myself down with labels or genres so the only constant you can expect with my music is change.”

The EP begins with “Anthem,” on which sustained guitar notes shimmer distantly while shuddering chords and creatively melodic lead riffs add a metallic dimension to the track’s sound. “Anthem” is at once grandiose, chaotic, and beautiful, and it leads nicely into the next track, “Guabancex,” which has a djent-inspired sound and features tribal percussion. As JP2 was born and raised in Puerto Rico, he grew up dealing with hurricanes and storms, and wanted to write a song that captured both the beauty and the brutality of mother nature. “Guabancex” is titled after the supreme storm deity of the ancient Taino people, and is divided into three movements–each named after one of her male servants: Guatauba (0:00–2:04) is characterized by booming drums and rhythmic patterns; Coatriskie (2:05–3:24) flows like the floods of water that the servant would create, and features a blistering solo by fellow Puerto Rican guitar virtuoso Israel Romero Pérez; and Hurakan (3:25–4:05) embodies the manifestation of all storms, all chaos ensuing towards the end of the song in a beautiful cacophony of melody and agony.

The next track, “Still A Beautiful Fever,” begins with thundering guitar chords and dynamic drumming, over which JP2’s captivating soloing soon joins in to create a magnificently epic progressive rock sound. The track explores a diversity of melodic patterns as it takes the listener through its sonically rich peaks and valleys, and its uplifting mood leads perfectly into the final track, “Win,” where triumphant, pyrotechnic guitar soloing soars over complex djent rhythms, concluding the EP quite nicely. WITHOUT WORDS is quite an enjoyable listen throughout, each track showcasing JP2’s brilliant songwriting and superb musicianship; I would highly recommend this EP to fans of progressive rock and metal alike.

It  also helps to stream and share his music; you can obviously find it in the following Playlists: Less Than 1,000 Followers, Sickest & Dopest, Hot Stuff Metal, and Alterindie State Of Mind.