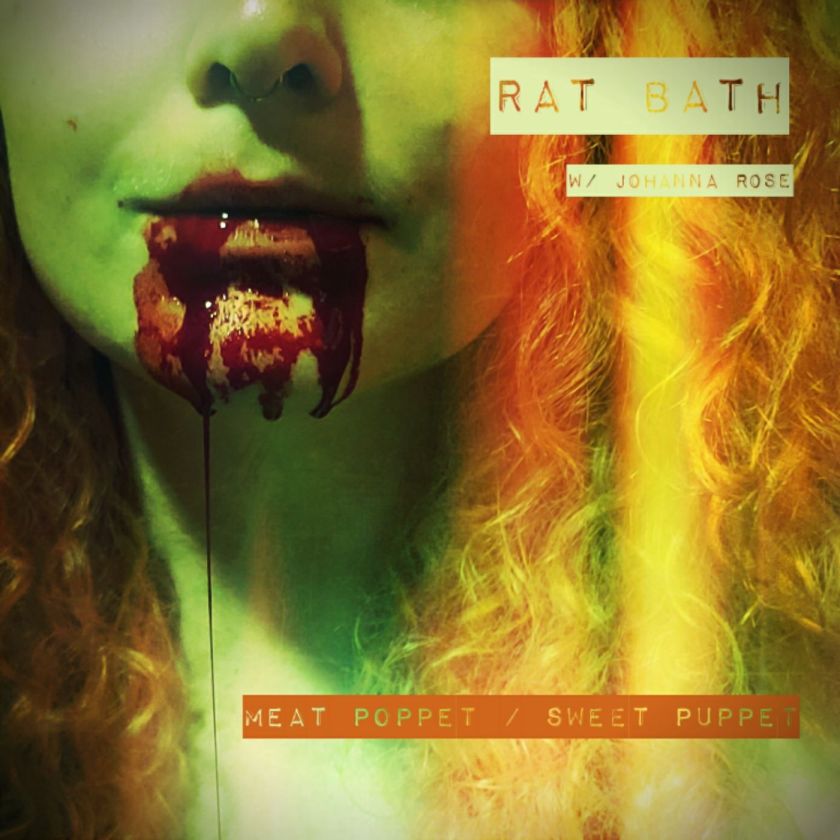 What’s up, folks? It feels good to be back here with you yet again with another review for y’all. First of all, I hope you had a happy Halloween, and enjoy this starting November. Today, a two-for-one special from our good country-goth friends has come to our midst! “Meat Poppet – Sweet Puppet” is the next chapter from Rat Bath’s new album.

In case you missed Rat Bath’s previous review you can find it here: Spit Swallow.

A quick refresher: Rat Bath’s upcoming album will be titled “Rat From Hell” and is due to release in February 2022. The album follows the story of a witch whose powers are rendered useless when a demon who was paid to capture them appears in their home. Without their magic, the witch is forced to physically fight the demon. The witch, known as Dead Ol’ Fred, wins the first battle although later being captured.

And so we find ourselves immersed into this spooky tale that portrays a lot of real-life struggles.

Track 1, “Meet Poppet” illuminates the moment in the story when Fred finally regains their powers and threatens the demon “if you touch me again, I will take your fucking hands.” Violent and twisted, this track catches us by surprise with its heavy twist and gruesome lyrics.

“Now more powerful than their antagonist, Fred is confident in their abilities to defeat the demon for good. The defeat does not come through blood-shed, however.” – Rat Bath

This brings us to track 2, “Sweet Puppet”, one of the band’s favorite tracks off their upcoming album. So is mine! Here, the main character realizes the only way to truly break their ties with the demon is to resolve their trauma with the person who it has been working for this whole time. The song starts with a soft guitar intro and softly spoken vocals.

Kind of a lullaby, the track begins to emerge and evolve evermore with a sudden explosion of energy, vibrating through every corner. The soft vocals now turn into a scream of emotion of broken voice and the guitars’ scorching sound waves make the song bleed out all of its rages.

This is also the track where the album receives it’s title from the line “can’t you see? The ritual is me. I am a rat from hell, sent for your teeth.”

“There is a deeper meaning to this gruesome tale. In the beginning of the album it is explained that the demon was paid a bounty to capture Fred by a rapist who had previously attacked them. The demon represents trauma and how it manifests in one’s life. Sometimes as fear, anger, grief, and even as desire or longing. Fred’s story concludes in this upcoming release.

This album was based closely on the lyricist own struggle with trauma and is being shared with the world with the intent to not only give voice to those resolving their own trauma but to help end stigmatization of survivors of sexual assault.” – Rat Bath

It also helps to stream and share their music; you can obviously find it in the following Playlists: Less Than 1,000 Followers, Fresh Singles, Alterindie State Of Mind, Only Punk, and Sickest & Dopest.

Remember that you can always find me here Linktree MadZen for all my social media and music.