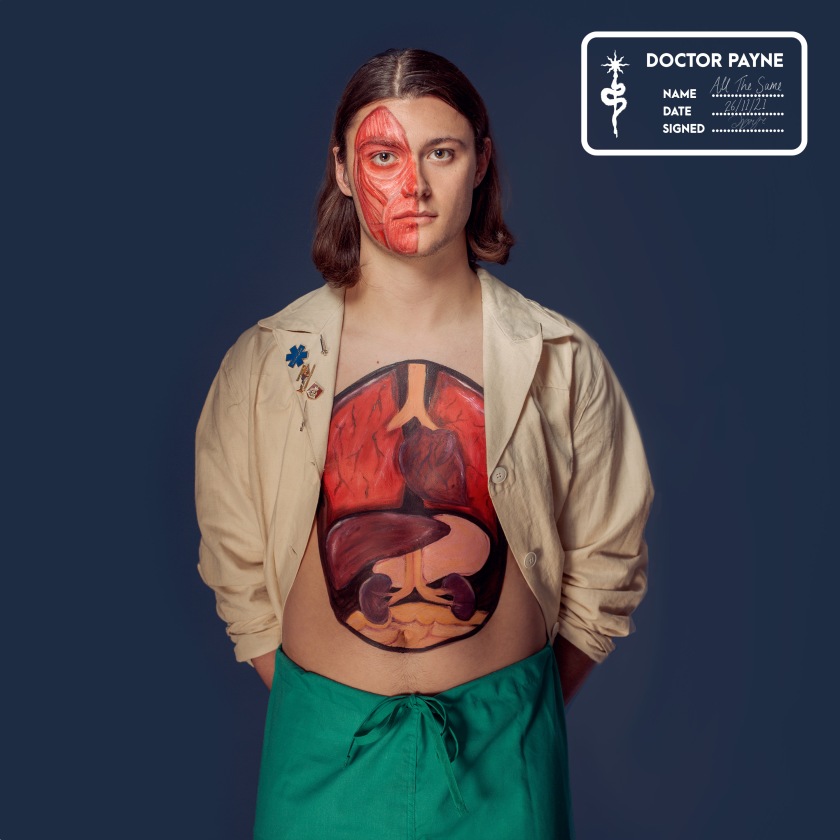 Emphatically pulling listeners to the far reaches of musical emersion, Doctor Payne was formed by Brighton-based musician and producer Marlon Payne. The project targets the theme of mental peace in a chaotic world, while crafting compelling and dynamic songs decorated ferociously with compositional experiments. The result is an epic list of tunes with unmistakable character. Doctor Payne has already released three singles in 2020 (“Need It,” “Helicopter,” and “Cold”), as well as a single earlier this year entitled “Guilt” (for which you can read our review here).

Doctor Payne’s harmonically unpredictable and energetic new ballad “All The Same” leaves crushing and powerful sections imprinted on the listener’s ear. Though deceptively disguised as a love song, the track draws influence from ancient religions. The topic is somewhat surprisingly contemplation over death and the cumulative meaning of one’s actions in life.

“All The Same” begins with an evocative piano melody and a sustained distorted electric guitar chord, setting the perfect backdrop for Marlo Payne’s captivating vocals. A bass drum kick soon signals the beginning of the first verse, the piano and vocal melodies harmonizing quite well together. As resonant bass notes and pounding drums join in, they build up nicely to the catchy first chorus featuring ringing xylophone notes and a distorted guitar chord progression. A creatively dynamic piano solo after the second chorus then adds its wonderfully surprising melodic elements to the track, while nicely complementing the crushing distortion of the guitars. Replete with unexpected twists and turns, “All The Same” is quite an enjoyable listen throughout, once again reflecting Doctor Payne’s brilliant songwriting and superb musicianship. I would highly recommend this track to fans of alternative- and progressive rock alike.

It also helps to stream and share his music; you can obviously find it in the following Playlists: Less Than 1,000 Followers, Fresh Singles,  Alterindie State Of Mind, and Sickest & Dopest.